Learn and Earn in this High-Tech, Full-Time Associateship 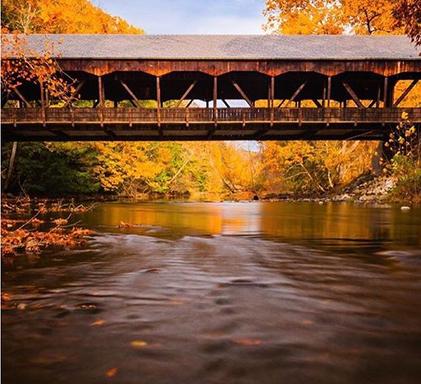 Earn a great living while becoming the dentist you’ve always wanted to be! This fantastic practice needs a full-time associate to meet growing demand. Earn a minimum annual salary of $175,000 (plus production bonuses) while learning quality dentistry (including sedation, if you like) using high-tech equipment. The owner is open to an equity opportunity, too! New grads are welcome.

You can work from two office locations in neighboring towns. One has 10 fully updated operatories with Adec equipment, CBCT, dental lasers, Exocad software, 3D printers, digital sensors, phosphor plate digital x-rays, iTeros, Planmeca dental mill, and much much more. The other location is being updated to include new CBCT and iTero machines.

The mentorship-focused owner is open to new graduates and commits himself to ongoing education to learn the latest best practices.

The practice does very well financially, with a base of 70% fee-for-service patients driving strong production. As an associate, you’ll earn a great base salary of $175k, plus production bonuses.

END_OF_DOCUMENT_TOKEN_TO_BE_REPLACED 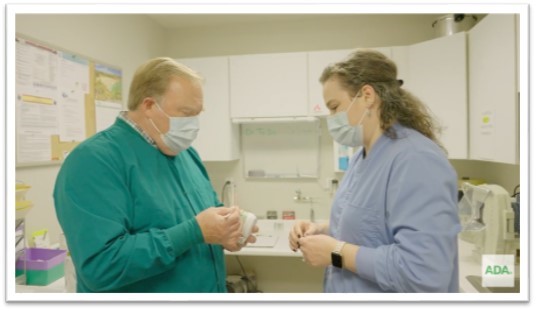 Today, we’re thrilled to update one of the very first success stories for ADA Practice TransitionsTM!

Back in 2019, Dr. Joe Thibodeau was beginning to think about slowing down and selling his practice. But he wanted to ensure the patients in his Lincoln, Maine practice would be cared for long after he left.

“As busy as this office is, slowing down meant putting a lot of patients off,” Dr. Thibodeau says. “I felt I couldn’t do that.”

After striking out with a practice management company, he turned to ADA Practice Transitions. He created a free profile that articulated his style of dentistry, his timeline, and his goals.

“The big companies, you pay a big chunk of money off the bat just to get the process started,” Dr. Thibodeau says. “That’s difficult to swallow. I don’t think I got my money’s worth – I did not get one hit, and I had to contact the company or else I did not hear from them.”

Meanwhile, Kristen Sciolino was beginning to job hunt during her D4 year at the University of New England. However, she wasn’t just looking for a first job; rather, she wanted to find a place where she could build a career and eventually buy out the owner. When she heard about ADA Practice Transitions through an on-campus event, she created a profile that showcased her goals and desire to live in a small town.

ADA Practice Transitions matched the pair based on shared goals and a similar approach to dentistry. The two hit it off right away.

“We really meshed from the start, and it felt very easy,” Dr. Sciolino says, noting she could immediately see herself working in the practice. “Personalities vary significantly, as well as ideas on how to practice,” she explains. “ADAPT isn’t just matching you with an area. It’s matching you with a person, a practice, and a mindset, so you’re not going into a situation where you and your potential boss or coworker don’t mesh.”

END_OF_DOCUMENT_TOKEN_TO_BE_REPLACED 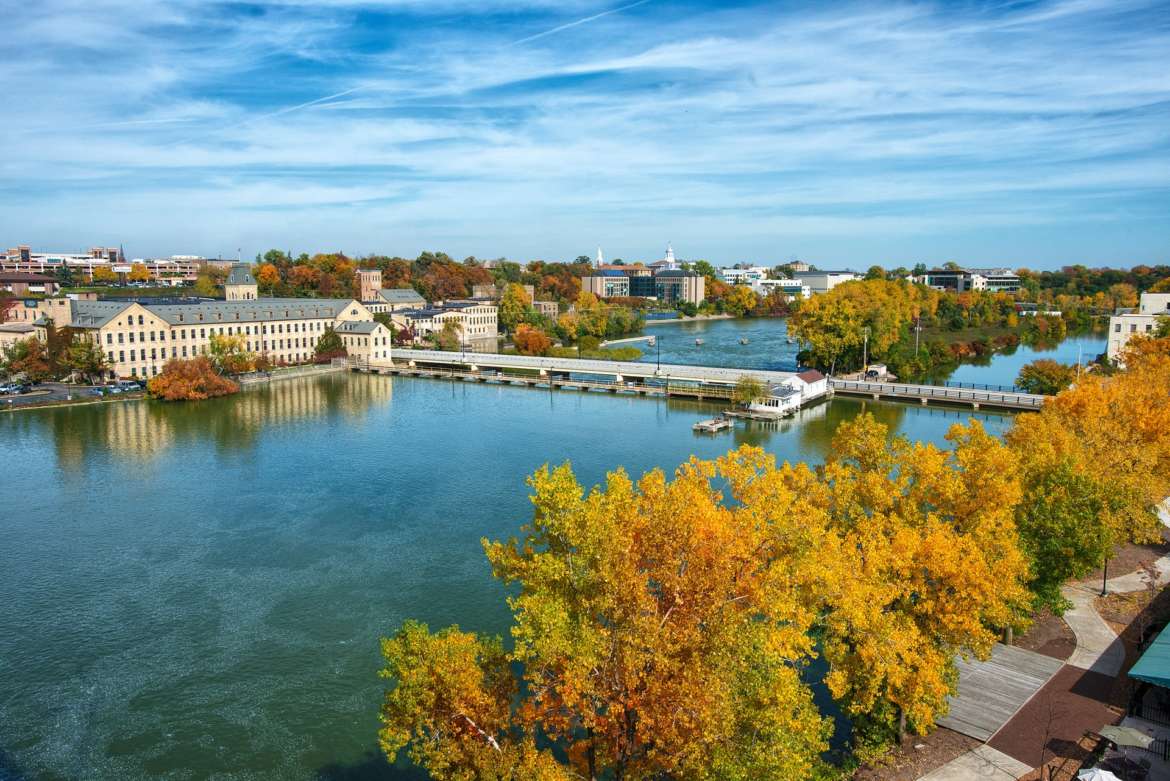 If you haven’t heard of Appleton, Wisconsin, it might be time to take a look — especially if you’re looking to build your dental career! We currently have several doctors in and around Appleton looking for associates, partners, or successors! This is a great place to choose your own (dental) adventure:


Appleton, Wisconsin is a welcoming small city that has been ranked among the Top 100 Best Places to Live based on amenities, economy, healthcare, housing, transportation, and social/civic culture. Local home prices are nearly 20% lower than the national median, and the average resident spends just 28% of their monthly salary on housing costs. People love living here because of the low cost of living, growing entertainment and food scenes, seasonal events, and family-friendly environment.

The Fox River flows through this city of 74,000 people in northeast Wisconsin. Just 30 minutes from Green Bay and less than two hours to both Milwaukee and Madison, Appleton is surrounded by nature preserves and outdoor recreation, yet close to everything you could need. Right downtown, enjoy:

END_OF_DOCUMENT_TOKEN_TO_BE_REPLACED

Student Loans? Cut Your Debt in Half (or More)

Dental school graduates know the pain of student loans all too well. The American Dental Education Association estimates that 2021 graduates were saddled with an average of $301,583 in loans.

However, don’t let your dental school loans deter you from building the career you’ve always dreamed of!

Whether you’re looking for that first associateship or striving for practice ownership, there are ways to pay off your loans on someone else’s dime. The federal government, states, and even local municipalities have created a host of programs that can ease the burden. Refinancing can help, too — as can a bit of creativity.

Read on for some possible ways to cut your dental debt.

The U.S. Department of Education Public Service Loan Forgiveness Program is accepting applications through October 31, 2022 — so if you haven’t checked your own eligibility, take a minute to do so now! Even if you can only get $10-20K in forgiveness, it is worth taking the time to fill out the paperwork.

END_OF_DOCUMENT_TOKEN_TO_BE_REPLACED

The patient comes first in this well-established 4-operatory practice with cutting-edge technology! Personable, dedicated staff strive to get to know each patient, building lasting, satisfying relationships with patients of all ages.
The long-time owner is ready to sell but open to sticking around to help mentor the buyer, especially for Invisalign cases.
The seller says, “All in all, our office and employees strive daily to give the patients a comfortable and easy-going feeling when walking through the doors. The town, community, and surrounding areas are perfect for someone looking to expand relationships with new patients and people and continue to build this relationship-based business. Here, you can provide great customer care and service in a beautiful building and better yourself as an employer and friend at the same time. You will not be disappointed in the simplistic beauty of the office or the potential lifelong friendships!”
The office includes updated equipment for the endo and oral surgery done right in the office. The seller has always tried to be on the cutting edge of dental technologies. He was an early adopter of electric handpieces (1997) and digital radiography (2000). Today, the office has the Planmeca extraoral panoramic digital 3D x-ray system, Itero, and other equipment. He also provides Invisalign and TruDenta® pain relief. Patients appreciate the convenience of having so many services readily available.
END_OF_DOCUMENT_TOKEN_TO_BE_REPLACED

Get the Keys to a Successful Practice Transition at SmileCon 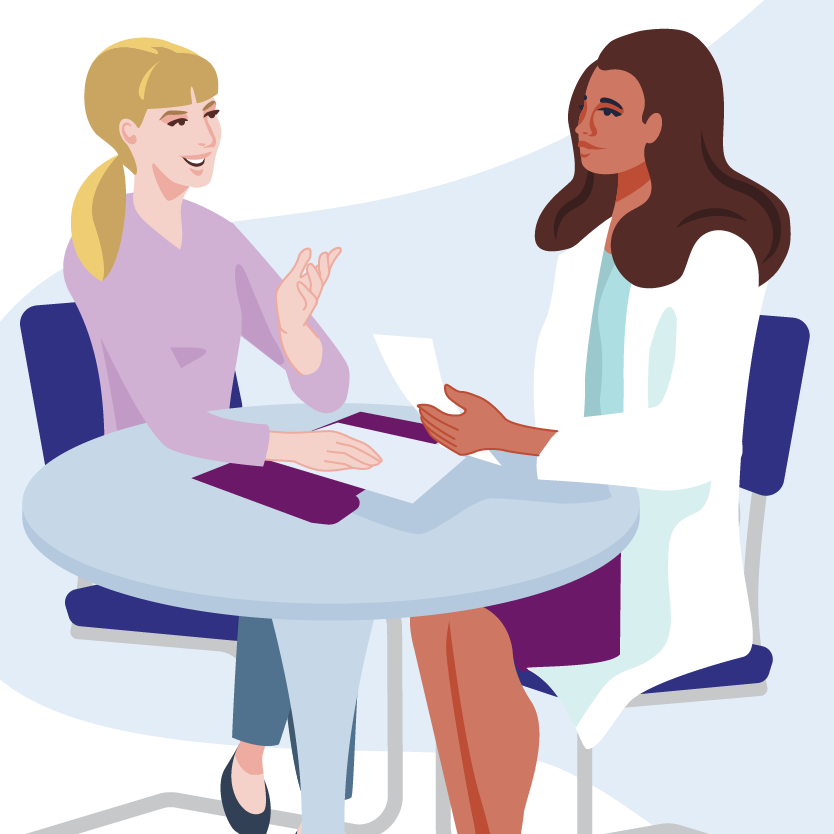 The ADA Practice Transitions team is heading to SmileCon in Houston! If you’re thinking about your own practice transition, make sure to stop by Booth #1640, right in the ADA Member Center, to get all your practice transition questions answered. You can even schedule a one-on-one meeting with one of our ADA Advisors to talk through your own transition goals and plan.

And if you know you’re ready for a change but don’t yet have a plan — make an appointment. Our Advisors are experts at helping you think through your preferences and priorities. A quick conversation can help you start taking your next steps with confidence.

Everyone who stops by our booth walks away with something — and we’ll even give you a key to try to unlock an On-The-Go Prize Pack.

While you’re planning your SmileCon agenda, be sure to check out these sessions from ADA Practice Transitions experts:

(5143) Beyond Salary: Negotiate the Best Contract for Your Goals

Practice Profile: Learn and Grow in this Mountain Associateship

Join this busy, fee-for-service practice to learn a wide range of dentistry! The practice encompasses prevention, surgery, and restorative, from simple fillings through complex full-mouth rehabilitation. Current technology includes PrimeScan, CBCT, Laser, Digital Imaging, EagleSoft, Reciprocating Endo, Digital Dentures, and Aligners.
You’ll love working with a dedicated team and top-of-the-line equipment while learning from an expert in implantology. While the ideal candidate will have completed a one- to two-year GPR, AEGD, or other postgraduate program, ambitious new graduates are welcome if they are willing to work hard to learn advanced dental procedures and patient care. You’ll have the opportunity to build a patient base, and income!
END_OF_DOCUMENT_TOKEN_TO_BE_REPLACED 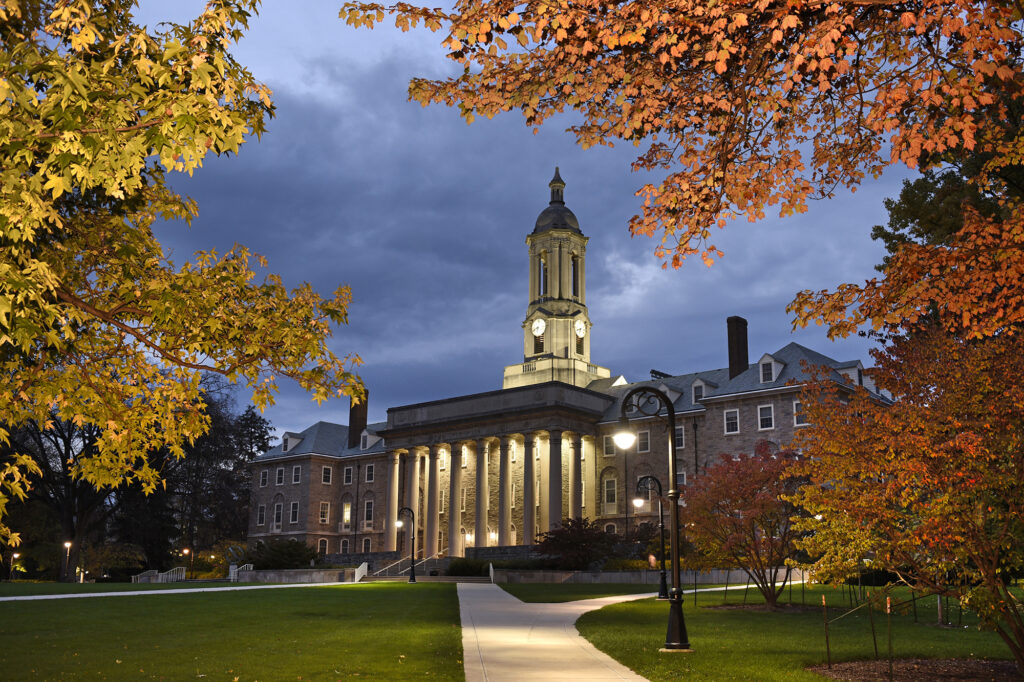 Fulfill your dental dreams in this fantastic 5-operatory practice that’s ready to grow with your ambition! This well-run practice is 100% fee for service and all digital, with loyal patients and strong ties to the local community.

The practice has built this loyalty through care that is patient-centered rather than production-centered. The seller stresses, “We treat patients, not teeth! We get to know each patient as best we can before any treatment. We are unique in our personal touch, time, and attitude.”

Right now, the practice is only open four days a week, with physical space and demand that can easily scale to your desires. The seller notes, “This practice will produce $1 million gross with a little effort. We are not an insurance practice — we are 100% fee for service.”

Plus, the physical space is fresh, attractive, and welcoming.

The owner is motivated to sell, but he’s also motivated to help the buyer succeed, explaining, “I am flexible and want to help you get started while I back out over the next couple of years.” This combination of mentorship and support should help retain patients long after the sale.

END_OF_DOCUMENT_TOKEN_TO_BE_REPLACED

Retaining Your Dental Staff Through the Great Resignation

That’s why it’s essential that owner dentists take steps to retain their most valuable resource: long-tenured, knowledgeable staff who have built trust with patients.

Why hygienists are leaving the workforce

When dental practices closed at the start of the COVID-19 pandemic, many staff were sent home. Even as practices began reopening, many of the 98% of practicing dental hygienists who are female found themselves juggling childcare challenges. Dental work has no “remote” option, and dental schedules inherently lack the flexibility to pivot when a child has to stay home unexpectedly due to a COVID exposure.

Some of the remaining hygienists are leveraging the shortage to find jobs closer to home or negotiate for greater flexibility, higher pay, or better benefits. As of June 2022, 79.9% of practice owners had raised pay for their dental hygienists within the past year — with 18.1% reporting increasing wages by 10% or more.

END_OF_DOCUMENT_TOKEN_TO_BE_REPLACED

5 Years Out: Prep Your Practice for an Eventual Sale

If you’re a few years out from retirement, now is the time to start preparing your practice for an eventual sale. Taking the time to thoroughly prepare will streamline the transition for everyone, helping improve patient and staff retention. Careful preparation may even result in a higher valuation, as your practice will appear well cared-for and more organized.

And if the unexpected should happen and you’re forced to sell sooner than planned, you won’t be starting completely cold.