Case Study: How to Buy (And Grow) a Successful Practice 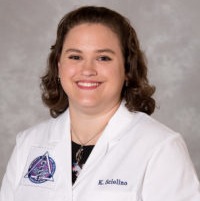 What does it take to become a successful practice owner? And why can it be “easier” in a small town?

Dr. Kristen Sciolino recently sat down with The Dental Brief Podcast to share her story. Hear about her path from social work to dental practice ownership — all while raising two small children.

During her D4 year at the University of New England, Dr. Sciolino created an ADA Practice Transitions profile. She wanted to find a small-town practice that she could buy within a few years.

She landed in Lincoln, Maine, where Dr. Joe Thibodeau was beginning to plan for retirement. The two shared complementary philosophies of care and similar timelines and goals — it was the perfect match. Less than two years after graduating, Dr. Sciolino bought Lincoln Smiles, the million-dollar practice, from Dr. Thibodeau. Today, she’s thriving as he eases into retirement.

Why small-town practices can be lucrative

So what makes a small-town practice such a great choice for someone who wants to own?

END_OF_DOCUMENT_TOKEN_TO_BE_REPLACED

Dr. Albert has expensive tastes. He always has the latest gadgets, eats at the best restaurants, and drives a shiny new car.

So when it came time to buy a practice, Dr. Albert sought out the best practice money could buy. He borrowed the maximum amount his bank would lend to buy a beautifully outfitted 8-op practice with brand-new, top-of-the-line equipment. Located in a fashionable district of a major city, the seller had built a great reputation by treating many celebrities, including actors and TV personalities.

A year in, Dr. Albert felt like he was failing miserably. The seller had built the practice on highly complex procedures. With his three years of experience, Dr. Albert had the desire to perform these procedures, yet lacked the education and speed that come with decades of experience. Also, since he had never managed a staff before, he ended up micromanaging his auxiliaries who were used to more autonomy. Two of them quit to take positions with his biggest competitor while a third demanded a significant raise.

A long-time associate had stayed with the practice, but she was busy with her own patients and did not want to add any more. To keep up, Dr. Albert felt he needed a second associate, but he couldn’t find someone with the right skills willing to work part time. He rarely took days off. Even when the practice was closed, he was busy preparing for his next patients or trying to solve staffing issues.

His patients — who were also used to the very best in life — weren’t happy. Appointments constantly ran late and took longer than they had under the seller. When the long-term hygienists left, several patients followed and left negative reviews online. And he noticed that referrals were down.

END_OF_DOCUMENT_TOKEN_TO_BE_REPLACED

You have always pictured yourself as the owner of your own practice, but right now, you are up to your eyeballs in student debt and you simply have no idea where to start. If this resonates with you, let me assure you that you CAN be an owner — and you easily do it within 5 years of graduation. You can even begin preparing before graduation by following these (relatively) easy steps.

The first step in your buy-a-practice plan should be talking to (at least) three different banks. Finding the right lender is crucial, as they can make or break your transaction.

The strength of your application and the practice stats will dictate how much you are able to borrow, so engage the lenders early in the process. They will also advise you on what you can do to strengthen your application so that when you find the perfect practice, you’re more likely to put your name on the building.

Across the board, dental lenders agree on some key things you can do to prepare yourself for a purchase.

END_OF_DOCUMENT_TOKEN_TO_BE_REPLACED

Talk to 3 Banks: The First Step in Buying a Dental Practice

Most dental practice purchases must involve a bank. That can be intimidating — especially if you already have student loan debt.

However, banks exist to lend money. And with a default rate of less than 1%, banks view dental practices as very safe investments. That makes them willing to work with you to write a loan — even if you have student loans. Depending on the practice, many are willing to cover 100% of the purchase price, plus some working capital that gives you cash flow for the first few months.

The process takes time. That’s why you should identify your lender and determine what you need to do to qualify for a loan before you begin searching for the perfect practice! Otherwise, you may wind up scrambling to find financing, only to lose out if the seller decides to work with a more-prepared buyer or you find that you don’t meet the minimum criteria to obtain financing. Talking with lenders ahead of time helps you prepare while demonstrating to sellers that you are serious.

END_OF_DOCUMENT_TOKEN_TO_BE_REPLACED

What Went Wrong: I Got Too Comfortable in My Associateship

I have said it before, and I will say it again: now is a fantastic time to buy a practice! Today’s low interest rates, motivated buyers, and comprehensive support network can help you launch the next phase of your career.

END_OF_DOCUMENT_TOKEN_TO_BE_REPLACED

Why Now is a Great Time to Buy a Practice

The last year was unsettling for many people, even in a relatively stable profession like dentistry. If you weren’t furloughed, you probably know people who were.

The pandemic gave a lot of us time to think about the big picture and recalibrate our goals.

That’s part of the reason I’m seeing so many would-be owners joining ADA Practice Transitions. Some are 10 to 15 years post graduation and say that they have always wanted to own a practice, but for whatever reason, it kept getting pushed to the back burner. The pandemic gave them a new perspective, and they realized they are frustrated by the “lack of control” they have as associates. Now they're ready to take charge of their futures.

END_OF_DOCUMENT_TOKEN_TO_BE_REPLACED

Have you always dreamed of owning your own practice? Are you ready to take charge of your future now?

Many dentists do. In fact, ASDA data reports that 83% of all dental students aspire to some type of ownership within 10 years after graduation.

If you are looking for a solid pathway to ownership sooner rather than later, and you are confident that you can handle running a practice now but are unable to obtain financing – don’t despair! We have created a pathway that may just be perfect for you.

END_OF_DOCUMENT_TOKEN_TO_BE_REPLACED

How to Tell if that Nice Practice is Right for You

Whether you are considering a new associateship or a practice purchase, you have a lot on your plate! Negotiations, shadowing, weighing your options - and licensure if you’re considering relocating.

So what happens when you find a practice? Before you get in the weeds of credentialing or legal and financial review, make sure this is the right practice for you. After all, you want to choose the practice where you can achieve the perfect blend of career satisfaction, financial stability, AND success.

END_OF_DOCUMENT_TOKEN_TO_BE_REPLACED

How Long Does a Practice Transition Take?

As dentists begin their practice transitions, nearly all have the same question on their minds: how long do you think this is going to take?

END_OF_DOCUMENT_TOKEN_TO_BE_REPLACED

Topics: looking for a job, purchase a practice, selling a practice

5 Questions to Ask Your Partner Before Relocating

If it is in a new town or state, what would it take for you and your family to make the move?

END_OF_DOCUMENT_TOKEN_TO_BE_REPLACED

Topics: looking for a job, purchase a practice