Retaining Your Dental Staff Through the Great Resignation

That’s why it’s essential that owner dentists take steps to retain their most valuable resource: long-tenured, knowledgeable staff who have built trust with patients.

Why hygienists are leaving the workforce

When dental practices closed at the start of the COVID-19 pandemic, many staff were sent home. Even as practices began reopening, many of the 98% of practicing dental hygienists who are female found themselves juggling childcare challenges. Dental work has no “remote” option, and dental schedules inherently lack the flexibility to pivot when a child has to stay home unexpectedly due to a COVID exposure.

Some of the remaining hygienists are leveraging the shortage to find jobs closer to home or negotiate for greater flexibility, higher pay, or better benefits. As of June 2022, 79.9% of practice owners had raised pay for their dental hygienists within the past year — with 18.1% reporting increasing wages by 10% or more.

END_OF_DOCUMENT_TOKEN_TO_BE_REPLACED

5 Years Out: Prep Your Practice for an Eventual Sale

If you’re a few years out from retirement, now is the time to start preparing your practice for an eventual sale. Taking the time to thoroughly prepare will streamline the transition for everyone, helping improve patient and staff retention. Careful preparation may even result in a higher valuation, as your practice will appear well cared-for and more organized.

And if the unexpected should happen and you’re forced to sell sooner than planned, you won’t be starting completely cold.

END_OF_DOCUMENT_TOKEN_TO_BE_REPLACED

5 Years Out: Planning for Life after Retirement

Too often, people retire and then wonder, “Now what?” For years, work has shaped their days, months, and years. They plan vacations when things will be slow or schedule family events around their practice’s needs.

When they retire, they have nothing but time — and no meaningful way to fill that time. Sometimes this can lead to depression or frustration.

So how do you avoid this trap?

Here are some ways to start cultivating your retirement lifestyle before you stop working.

(See also: How to Sell Now and Retire Later)

Think — and talk — about your interests

Think about the things you enjoy doing, in every realm of your life. Travel, golf, woodworking, painting, spending time with your family. Is there a cause you wholeheartedly support that you wish you could spend more time with? Or maybe you’ve always dreamed of visiting every single national park.

Talk to your spouse and family. What do they want to do with retirement? Your partner may remind you that you absolutely loved your annual summer trips to the lake, before life got too busy. Maybe it’s time to take another visit. You may even think about living there a few months of the year once you retire!

END_OF_DOCUMENT_TOKEN_TO_BE_REPLACED

How to Retain Patients When Buying or Joining a Practice

Joining a new practice? Whether as a new owner or associate, you probably have a lot on your mind, including everything from using new materials or technologies to interacting with the assistants.

Add to your list potentially the most important thing of all: keeping existing patients coming in the door and getting them to refer their family and friends.

Patient retention is often considered key to a successful practice transition. New associates are hired because the current practice has more treatment than they can handle. And if you are buying the practice, patient retention is even more important. Did you know that the financing that the bank provided you was based on your ability to maintain (or better yet, grow) the current production numbers?

Set yourself up for success by doing the legwork to find a practice where you and the other doctor share a common approach in how you interact with the patients, staff, and community. In other words, you and the practice should share a philosophy of care.

END_OF_DOCUMENT_TOKEN_TO_BE_REPLACED

5 Years Out? How to Sell Now and Retire Later

Many dentists reach a point in their careers where they are done with owning a practice.

END_OF_DOCUMENT_TOKEN_TO_BE_REPLACED 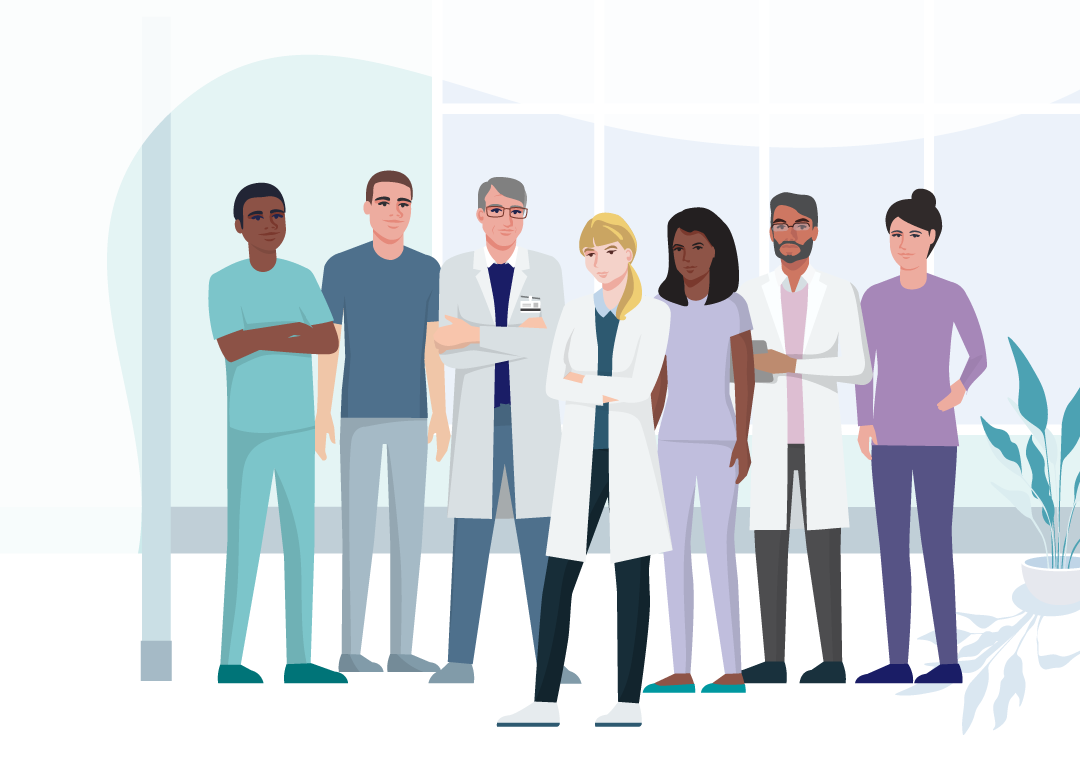 As the new associate in a practice, you’re in a tricky spot. You’re the new kid. You don’t know how the practice flows, when staff typically show up, or where to get the best local coffee. And you certainly don’t know any of the patients!

Despite these challenges, you need to immediately establish yourself as a leader so you can effectively work with your auxiliaries to deliver consistent, quality care to your patients.

So how can you make the shift from new associate to team leader? Read on for a few tips.

As a student, you were expected to show up, do your homework, ask thoughtful questions, and demonstrate that you were learning. Your professors guided your path and prompted every step. Your dental school clinic was likely run by the staff. And since they remained a constant fixture as you rotated through, and they controlled much of the activity in the clinic, you likely deferred to their judgment.

Now that you’re in practice, that hierarchy has flipped. You’re in charge, both in your career and in the operatory. You need to be decisive and respectful with your actions. Your auxiliaries should defer to you when treating patients.

END_OF_DOCUMENT_TOKEN_TO_BE_REPLACED

Starting an Associateship? Own the Operatory from Day One!

Ready to start a new asssociateship — maybe even your first associateship after dental school?

It’s nerve-wracking starting any new job, let alone the first one as a new doctor.

However, your patients and staff need to know you’re in control, right from the beginning. You must project confidence to gain their trust and ensure treatment acceptance.

And even if you’re shaking in your shoes, remember: you worked hard to get here and you are ready.

Your dental school granted you a degree based on your work.

The practice owner hired you because they believe in you and your abilities.

Now it’s time to demonstrate all that to your patients.

Here are five ways to get off on the right foot and take ownership of the operatory.

END_OF_DOCUMENT_TOKEN_TO_BE_REPLACED

Your Checklist for a Successful First Week 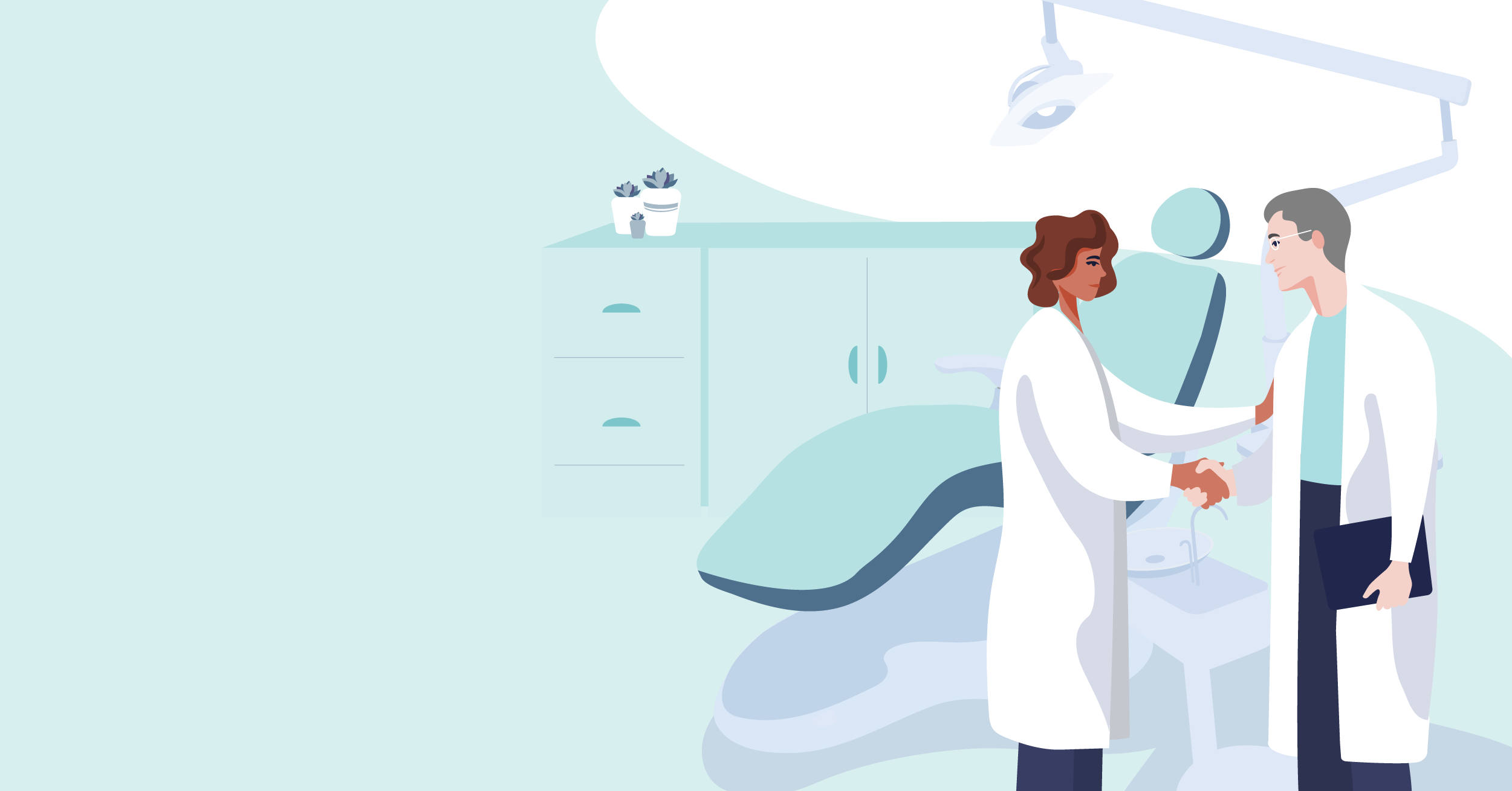 It’s that time of year: dental students are graduating and ready to step into their first associateships. Meanwhile, we continue to see lots of practice sales and hires to serve growing practices.

No matter the reason for the new doctor coming into the practice, how can you ensure a successful start? Here are some tips for building a plan and starting off on the right foot.

Choose the right practice or person

A strong first week starts much earlier. Throughout the interview process, ask questions to make sure it’s a good fit.

If you’re an incoming doctor, ask yourself, “Do I feel comfortable in the office? Can I handle the expected pace? What do I need to learn to be successful here?” (See: How to tell if that nice practice is right for you.)

If you’re hiring or selling, take steps to ensure that the incoming doctor shares a similar philosophy of care, or approach to dentistry, so they will seamlessly fit into the practice’s existing operations. During the interview process, review a week’s sample schedule together to make everyone shares expectations. Discuss a few cases to ensure you can respect each other’s decision-making and approach. (Remember, there can be many paths to a great result — but you must be able to trust and respect their work!)

END_OF_DOCUMENT_TOKEN_TO_BE_REPLACED

No Surprises: How to Prepare for a Smooth Practice Transition

I was recently on the Best Practices Show podcast with Kirk Behrendt. We had a great conversation about how to avoid unwanted surprises during the dental practice transition process. Listen in to our conversation or read on for some key points.

What to do before the letter of intent

The best way to avoid surprises is to do your homework.

END_OF_DOCUMENT_TOKEN_TO_BE_REPLACED

Dr. Albert has expensive tastes. He always has the latest gadgets, eats at the best restaurants, and drives a shiny new car.

So when it came time to buy a practice, Dr. Albert sought out the best practice money could buy. He borrowed the maximum amount his bank would lend to buy a beautifully outfitted 8-op practice with brand-new, top-of-the-line equipment. Located in a fashionable district of a major city, the seller had built a great reputation by treating many celebrities, including actors and TV personalities.

A year in, Dr. Albert felt like he was failing miserably. The seller had built the practice on highly complex procedures. With his three years of experience, Dr. Albert had the desire to perform these procedures, yet lacked the education and speed that come with decades of experience. Also, since he had never managed a staff before, he ended up micromanaging his auxiliaries who were used to more autonomy. Two of them quit to take positions with his biggest competitor while a third demanded a significant raise.

A long-time associate had stayed with the practice, but she was busy with her own patients and did not want to add any more. To keep up, Dr. Albert felt he needed a second associate, but he couldn’t find someone with the right skills willing to work part time. He rarely took days off. Even when the practice was closed, he was busy preparing for his next patients or trying to solve staffing issues.

His patients — who were also used to the very best in life — weren’t happy. Appointments constantly ran late and took longer than they had under the seller. When the long-term hygienists left, several patients followed and left negative reviews online. And he noticed that referrals were down.