Transition Tales: Building a Career that Balances Business with Dentistry 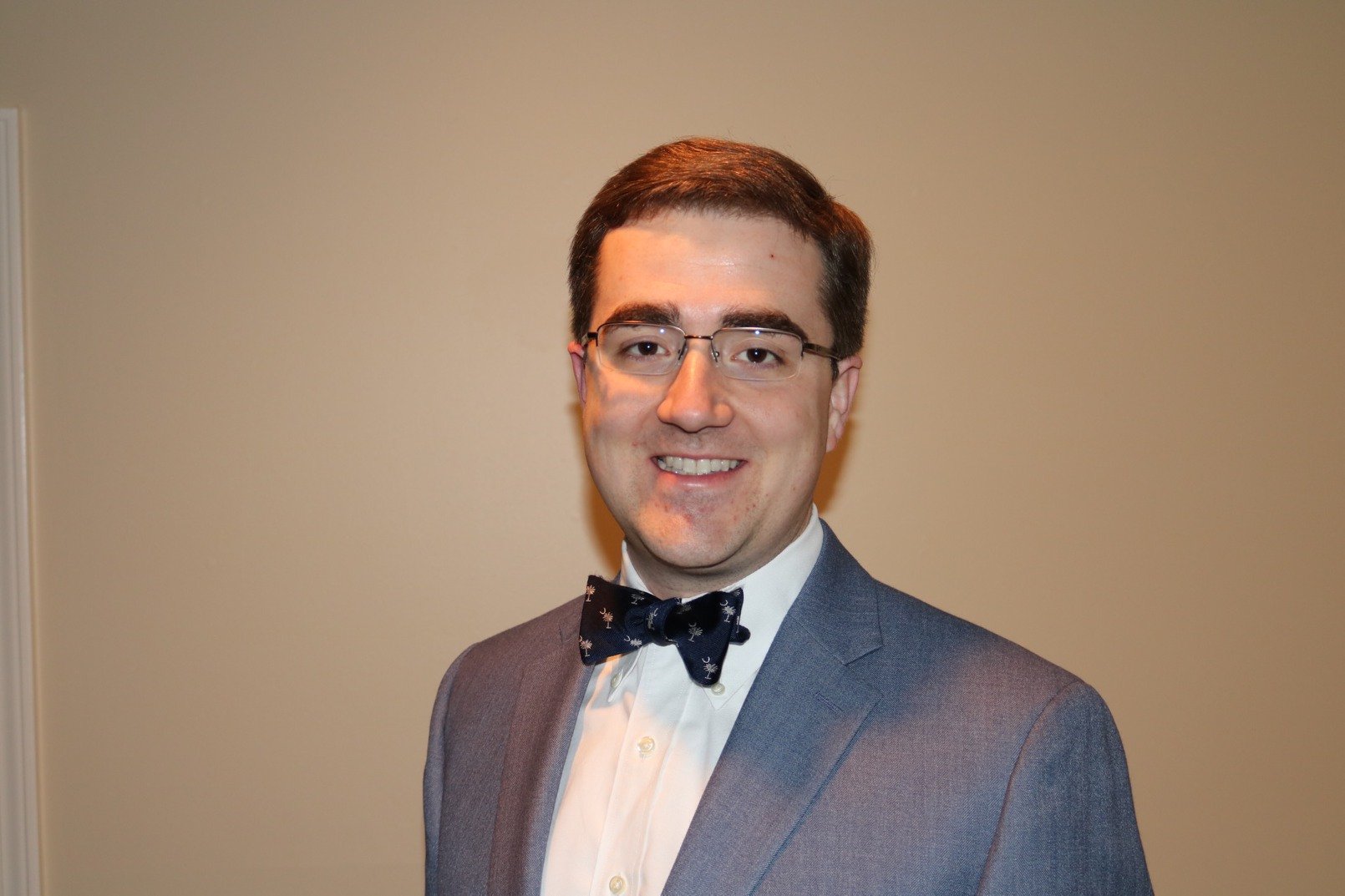 This is part of the Transition Tales & Truths series in which we discuss practice transitions with real dentists.

Today’s Transition Tale comes from our friend and 2020 New Dentist Committee Vice Chair Dr. Daniel Hall. He wants to share his learnings with other dentists so hopefully they can find the right fit, the first time.

Dr. Hall got in touch with ADA Practice Transitions because he believes that ADAPT, a service created by the ADA, could have helped alleviate many of the obstacles he found during his journey to practice ownership.

After dental school at the Medical University of South Carolina, Dr. Hall completed a general practice residency. Between his residency and a business minor in college, he felt ready to launch his career and hoped to eventually buy a practice.

He joined a small practice in his hometown as an associate – but quickly found that there wasn’t enough work to go around. “Some owners don’t understand what it really means to have an associate,” he explained. In order to pay an associate’s salary without growing the business, the owner would need to “give up” part of his collections.

There simply weren’t enough patients to make the numbers work.

In order to pay an associate’s salary, an owner must either grow the business or "give up" part of his collections.

Dr. Hall shared some sample numbers to illustrate the point: if an associate is to be paid 30% of collections, and has a target salary of $120,000, that dentist needs $400,000 worth of collections. Those collections need to come from somewhere. Either the owner dentist has to be willing to scale back his own hours – which can be ideal if he is ready to transition towards retirement – or the practice needs to invest in recruiting new patients.

After a time, Dr. Hall and the owner mutually decided to part ways.

Next, Dr. Hall went to a rural practice where he could fully use all the skills he had learned in his GPR. As another dentist recently shared, rural practices can be a great place to apply a full range of skills – and Dr. Hall readily agrees. After all, people in a small town appreciate the convenience of nearby dental services. Plus, with less competition and lower overhead, the profit potential can be quite a bit higher.

While the work was very rewarding, Dr. Hall realized he and the practice owner wanted different things.

The owner was still many years away from retirement and wanted to remain the boss until he sold. Dr. Hall had hoped to take some of the practice ownership responsibilities, and even a share of the ownership, sooner rather than later.

But they had never put their timelines or goals in writing. When they realized they weren’t aligned, they parted on good terms. (See how contracts can make sure you aren’t disappointed by miscommunications.)

The third practice turned out to be the perfect place. In summer 2018, Dr. Hall purchased a practice where he has been busy implementing his vision. He has expanded the team and developed new governance measures that reflect his business background. His practice is thriving and he enjoys being able to practice a wide range of dentistry while managing a growing business in a welcoming small South Carolina town.

Dr. Hall wishes that ADAPT had been around when he was graduating to help him ask the right questions and choose the right practice for his needs. “Honest to goodness, I was not ready to own a practice straight out of school,” he said. “But if someone had helped me think through my options, I would have realized that an associate-to-owner situation was ideal. I could have started by trying to find an owner who shared my timeline and goals instead of feeling frustrated along the way.”

Think about the whole picture: which types of procedures you want to do, whether you want to own someday, and how interested you are in the business of dentistry.

He urges young dentists to think about the whole picture: which types of procedures they want to do, whether they want to own someday, and how interested they are in the business of dentistry. He also recommends thinking about how non-dentistry goals – such as having a family – fit into the picture.

Finally, Dr. Hall suggests carefully reviewing and negotiating any non-compete clause. His early contracts included restrictive covenants that limited his career movement, blocking him from working in nearby towns. (Read more about negotiating a non-compete that allows for career growth.)

Ready to find the right practice for your goals? If you are considering a change in the next 12-18 months, we recommend creating an ADA Practice Transitions profile today. Once you submit your profile, you receive access to the ADA Advisor who helps you think through your own goals and guides you through each step of the process. 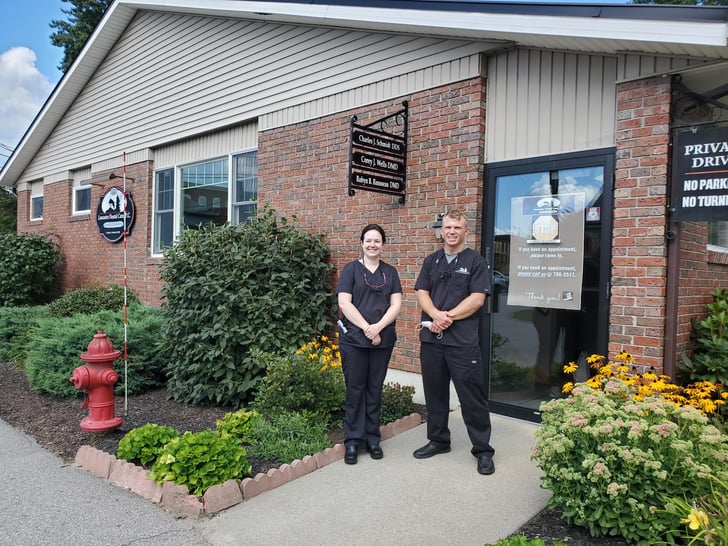 Dr. Charles Schmidt’s practice was booked out for weeks. Just as several local dentists were retiring, the Lancaster, New Hampshire area was growing. Both Dr. Schmidt and his associate were busy and getting busier!

Dr. Schmidt needed to hire another associate to keep up with this growth. But he wanted someone who would fit into the practice and the town. After all, this small-town practice is built on relationships, with a close-knit, down-to-earth team. His ideal hire would understand small-town life and be eager to build patient relationships while becoming part of the local community.

With the help of ADA Practice Transitions (ADAPT), he found just the right person.

Watch: How to Make Your Practice More Appealing

You’ve worked hard to build a great practice — how can you make it stand out in a competitive market?

Last week, I spoke to a group of Florida dentists about making their practices more appealing to potential buyers and associates. During this webinar, I shared tips to help your practice shine.

Watch the recording to learn:

You have always pictured yourself as the owner of your own practice, but right now, you are up to your eyeballs in student debt and you simply have no idea where to start. If this resonates with you, let me assure you that you CAN be an owner — and you easily do it within 5 years of graduation. You can even begin preparing before graduation by following these (relatively) easy steps.

The first step in your buy-a-practice plan should be talking to (at least) three different banks. Finding the right lender is crucial, as they can make or break your transaction.

The strength of your application and the practice stats will dictate how much you are able to borrow, so engage the lenders early in the process. They will also advise you on what you can do to strengthen your application so that when you find the perfect practice, you’re more likely to put your name on the building.

Across the board, dental lenders agree on some key things you can do to prepare yourself for a purchase.