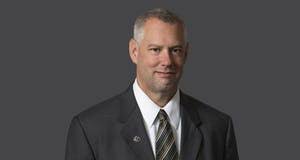 The proposed spending bill currently making its way through legislation brings with it some big changes to capital gains tax rates. What does this bill mean for dental practice owners looking to sell?

For nearly the past decade, the top tax rate on capital gains has remained steady at 20%; however, the proposed $3.5 trillion spending bill currently making its way through Congress includes substantial changes to capital gains tax rates that would significantly affect the tax burden for someone selling their dental practice. That may influence whether and when they want to sell.

Selling a practice has always been a complex decision that generates many previously unthought-of questions for practice owners. One of the most important being: What will the tax implications be from the sale?

The answer to that question has many different facets, but the most impactful would be capital gains tax in regard to selling capital assets or, in this case, a practice. Capital gains refers to the increase in value of a practice from the date purchased (or started) to the date sold. Prior to this proposed legislation, upon the sale of the asset, these gains become realized or taxable and are subsequently taxed at the preferential capital gain tax rates of 0%, 15% or 20% based on one’s respective income brackets.

The tables below summarize and compare the current law to the latest proposed changes in the House Ways and Means bill as it relates to some potential capital gains changes for individuals.

*All capital gains realized after Sept 13, 2021, aside from those under a binding contract not yet executed

*Breakpoints will remain at current 2021 amounts

The following scenarios show the effect of the proposed changes on the amount of capital gains tax from the pass through of capital gain to the owner associated with the sale of their practice:

Scenario 1 (no change to tax code):

DDS (Doctor), who files married filing jointly, sold his practice prior to the implementation of the proposed law and realized $1 million of capital gain.  He has no other income. What would be the capital gains tax?

Answer: DDS will be assessed a $162,800 capital gains tax liability associated with the sale calculated as follows:

Assume the same facts and circumstances as scenario 1 except DDS delayed the sale until after the proposed law took effect (potential date new rates become effective is Sept. 13, 2021). What would change?

Answer: The doctor will be assessed a $231,420 capital gains tax liability associated with the sale calculated as follows:

Let’s look back at Scenario 2 from above and assume, instead of having no other income, the selling DDS now has $600,000 of other income in addition to the $1 million capital gain from the sale of the practice. What would change?

Answer: DDS will be assessed a $288,000 capital gains tax liability associated with the sale calculated as follows:

As we can see in the above scenarios, based on simplified facts and circumstances, the doctor would incur an additional $56,580 of tax liability under the proposed increase of the top capital gains tax rate and their respective income thresholds alone.

Together, these seemingly small tax law adjustments have the potential to create large tax implications for doctors thinking about or currently selling their practice that should be taken into consideration.

It is worth noting the proposed increase in the top capital gains rate diverges from President Biden’s American Families Plan, which calls for capital gains to be taxed at ordinary rates to the extent adjusted gross income exceeds $1 million. The president’s proposal would effectively eliminate historical preferential capital gains rates for high-income taxpayers. Compounding this is the proposed increase in the top individual income tax rate to 39.6% from 37%. Should the proposed law change before enactment to align with the president’s proposal, we could see top federal rates of 43.4% on capital gains. In addition, let’s not forget when selling a business under current law, certain aspects of the sale get taxed as ordinary income including the recapture of accelerated depreciation and the portion of the purchase price allocated to accounts receivable.

Let’s look back at Scenario 3 and assume the same facts but that the law that is passed ultimately aligns with the president’s proposal (not in the Ways and Means Bill referenced above). What would change?

Answer: DDS will be assessed a $355,000 capital gains tax liability associated with the sale calculated as follows:

We have touched on a few proposed changes related specifically to capital gains; however, there are additional factors to consider that can affect the sale and tax associated with selling your practice, such as:

These capital gains tax rate changes, in their current state, are still proposals working their way through legislation. Therefore, there is a possibility the facts and figures presented will vary from those included in the final bill, but the most important change stemming from this bill would be the date these changes take effect. If passed as-is, these changes would be effective for any gains after Sept. 13, 2021.

If you are considering selling your practice, or are in the process of selling, closing the sale before enactment and hoping the effective date of these changes is extended is an ideal situation. Regardless, with all these changes and factors associated with selling a practice, consider discussing it with your tax advisor.

More Than Meets the Eye: How Associate Pay Can Vary

Of course you love doing dentistry. And everyone is even happier when the pay is appropriate for the work that is done!

Yet I hear from far too many associates who don’t really understand how their pay is calculated — and owners who haven’t fully thought through how much their associates’ pay can vary.

It’s pretty easy to understand a straight salary, which is common for those working in public health, academia, or government agencies.

It gets more complicated for those paid in whole or in part based on some percentage of their overall productivity in the office — which is the more common scenario for dentists employed in private practice or DSOs. In these cases, pay is typically based on total production, billable production, or total collections.

Non-Competes Are Irrelevant (In a Perfect World)

It seems nearly every dentist knows someone with a similar story: an associate who “came into my practice, soaked up all my knowledge, then opened a practice across the street and took half my patients.”

Such experiences are why non-compete clauses have become almost standard in dental associate employment agreements. For those of you who may not know, a non-compete clause is a legally binding agreement where an employee is prevented from starting a similar business or working for a competitor for a specified period of time after leaving an employer. In dentistry, it also often includes a geographic restriction.

At ADAPT, we hear a lot about non-competes as our members consider changing jobs. These clauses – often overlooked by incoming associates during contract negotiations – can limit a dentist’s future flexibility.

Don’t Ghost: How to Build a Strong Professional Reputation

“It seemed like a great interview, but I never heard from him again.”

“She said she would let me know her next steps, but it’s been three weeks.”

I hear comments like this from owner dentists all too often! As an ADA Advisor, I suggest potential matches between practice owners (who are selling or hiring) and incoming dentists (who are buying or job hunting). Then I coach them through the process.

Some of the younger dentists I work with defend their lack of response, saying they didn’t want to “lead on” a potential employer or seller. Or there was something they didn’t like about the practice — the dated décor, the commute, the owner themselves — and they don’t want to say so, for fear of being rude.