Philosophy of care is your individual approach to dentistry, encompassing preferences like practice pace, treatment approach, and staff collaboration. There is no "right" or "wrong" philosophy of care, but it's essential to understand how you prefer to practice so you can move forward feeling confident that you are making the right decision for you, your family, and your patients.

Let’s explore some scenarios where conflicting philosophies led to problems for both dentists and talk about how to avoid these potential pitfalls.

Scenario 1: I had a different vision for the practice than the owner

When Dr. Aaron started his practice 30 years ago, he was the only dentist in a community of 5,000. The town ‘grew up’ around him and became a thriving community with more than 40,000 residents – and plenty of dentists. As competition grew, Dr. Aaron relied heavily on strong patient relationships to keep the practice financially stable. Long-time patients trusted him, and he even scheduled an extra five to ten minutes per appointment to catch up on current happenings in his patient’s lives.

Dr. Aaron made the difficult decision to walk away from his practice due to increasing health concerns. He hired a broker and sold to Dr. Brandon without a hitch in just a few months.

Dr. Brandon was happy to buy an established practice in the highly desirable community and wanted Dr. Aaron to “bow out” gracefully. At the broker’s recommendation, Dr. Aaron told his patients and staff about the transition and sang Dr. Brandon’s praises, assuming that Dr. Brandon would continue to provide the same highly personalized service to his long-standing patients – some of whom had become friends.

However, Dr. Brandon had been working in a fast-paced environment that relied on high volume and highly efficient auxiliaries to maximize efficiency. He was used to seeing at least 20 patients per day and did not see any reason why he shouldn’t maintain the same pace in his new practice. To boost volume, he immediately began accepting PPOs and added two more operatories.

Long-time patients were not pleased. They were no longer getting the time or attention they were accustomed to and felt rushed through their appointments. The staff were confused and unhappy with the new model, and not pleased when they perceived that Dr. Brandon brushed off their concerns.

Dr. Brandon felt cheated. After all, he had depended on the practice’s goodwill and reputation to carry him through the transition. With so many other options in the community and the negative feedback from very vocal patients, the practice closed within four years.

Neither doctor was happy about the situation. Dr. Brandon lost his investment and subsequently left the area entirely, returning to an environment that better fit his treatment style.

Dr. Aaron lived in town during the initial transition period and frequently ran into long-time patients who voiced their frustration and asked for referrals to another dentist, which he was careful to avoid. The stress of seeing unsatisfied patients eventually wore on him and he, too, elected to move out of the community.

How this could have been avoided

Finding a practice with a similar philosophy of care is important even if the owner is walking away. Dr. Brandon should have done more than look at the financials of the practice. If he had looked more closely at the operations he would have seen that Dr. Aaron usually saw no more than six patients per day and primarily worked out of a single chair. This should have made Dr. Brandon ask some key questions about how the practice ran. (See: 8 Things to Ask a Practice Owner During an Interview)

An open dialogue would have allowed the doctors to voice their individual visions and given them the opportunity to troubleshoot potential problems. If Dr. Brandon was still committed to the practice, he may have been able to find a way to incorporate the changes more slowly to create less discord between patients and staff. (See: How to Manage & Retain Staff During a Practice Transition)

Evaluate philosophies first to avoid costly and stressful situations that arise when there is a mismatch.

Alternatively, Dr. Brandon may have decided that this practice was not the right one for him despite the fact that, on paper, the practice met all of his requirements. (See: How to Tell if That Nice Practice Is Right For You)

ADA Practice Transitions recommends evaluating philosophies first in order to avoid costly and stressful situations that can arise when there is a mismatch.

Scenario 2: I thought I knew what I wanted. I was wrong.

Dr. Helen graduated from dental school with high hopes for the future. She completed a residency program and got married. All along, her plan had been to go into business with her favorite aunt, Dr. Jill, who owned a successful practice in a highly desirable urban area. Dr. Jill had encouraged her niece for years, and the two were eager to work together.

Dr. Helen envisioned having the flexibility to pursue her passion for horses and spend time with her growing family while working with a doctor she respected. She immediately bought into the practice, and the two wasted no time in further growing the practice.

Soon, both doctors were working six days a week to ensure their financial success. Dr. Jill was energized and loved the schedule. Dr. Helen found herself frustrated by the lack of balance in her life. After two years, she began questioning whether dentistry was right for her.

Dr. Helen took her concerns to her aunt, who did not understand her niece’s perspective. After all, Dr. Jill had been keeping this pace for 15 years and enjoyed every minute of it. Dr. Jill perceived it as a lack of work ethic and Dr. Helen became disengaged and depressed.

Meanwhile, patients and staff picked up on the lack of harmony in the office. The bottom line began to suffer, and tension increased to the point that family gatherings were becoming uncomfortable.

How this could have been avoided

Dr. Helen should have taken time to evaluate her priorities and options as she entered practice. She never really looked at how Dr. Jill preferred to practice and did not understand the hours that would be required of her.

If Dr. Helen had stepped back before joining the practice – perhaps shadowing the practice and having an open conversation about goals for the future – she might have discovered that Dr. Jill’s practice philosophy did not align with her vision of work-life balance. (See: What Went Wrong: I Tried to Sell My Practice to My Child)

ADA Practice Transitions encourages dentists to focus on finding the right fit rather than looking for a quick solution. Being open about your vision and goals can help you find the practice situation that’s right for you – and avoid frustration and disappointment down the road.

ADAPT can help you articulate your long-term goals so you can better evaluate which types of practice situations will let you thrive. Ready to embark on your own practice transition? Start your profile today to get help from an ADA Advisor who can help you communicate your philosophy of care – and find matches that fit. 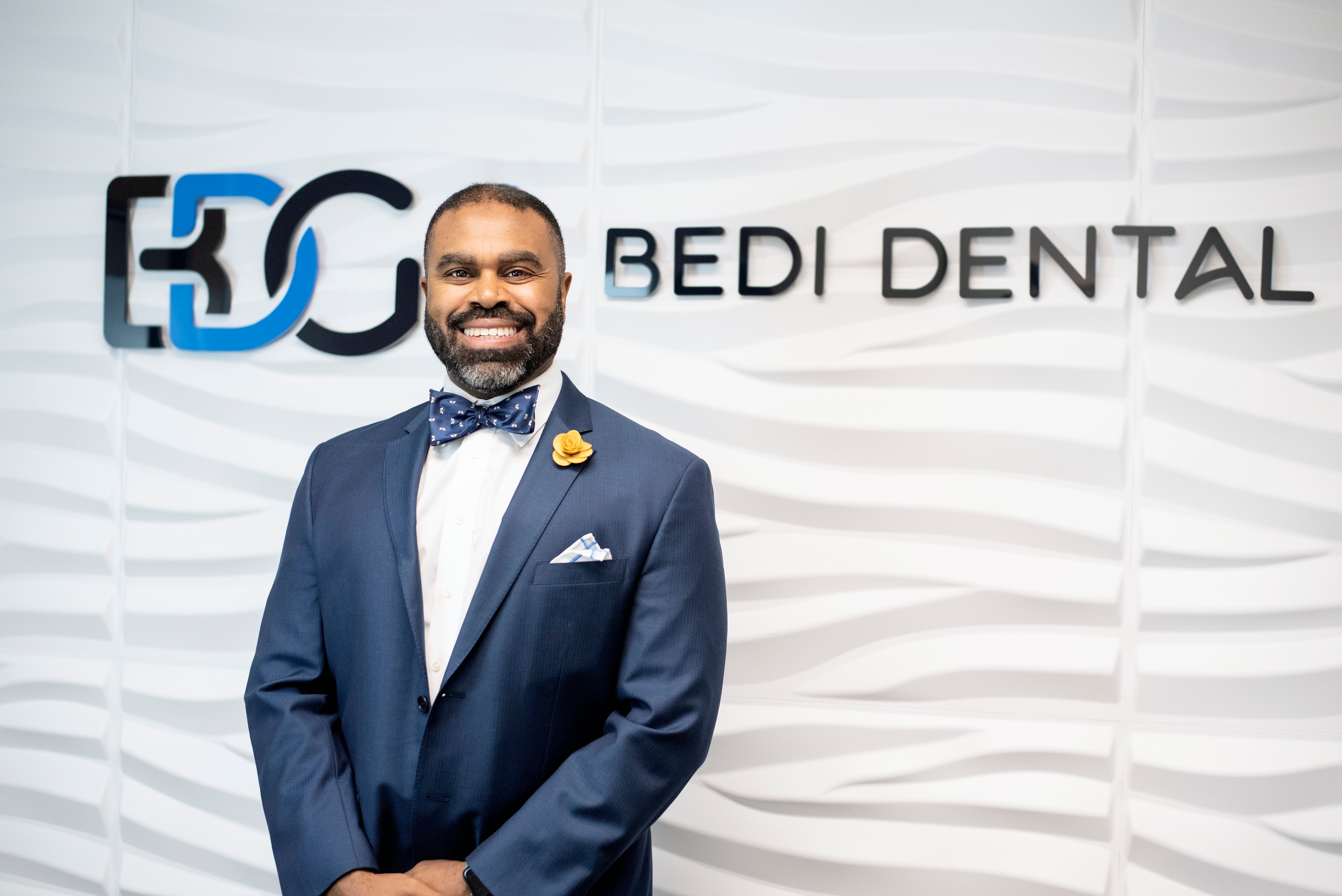 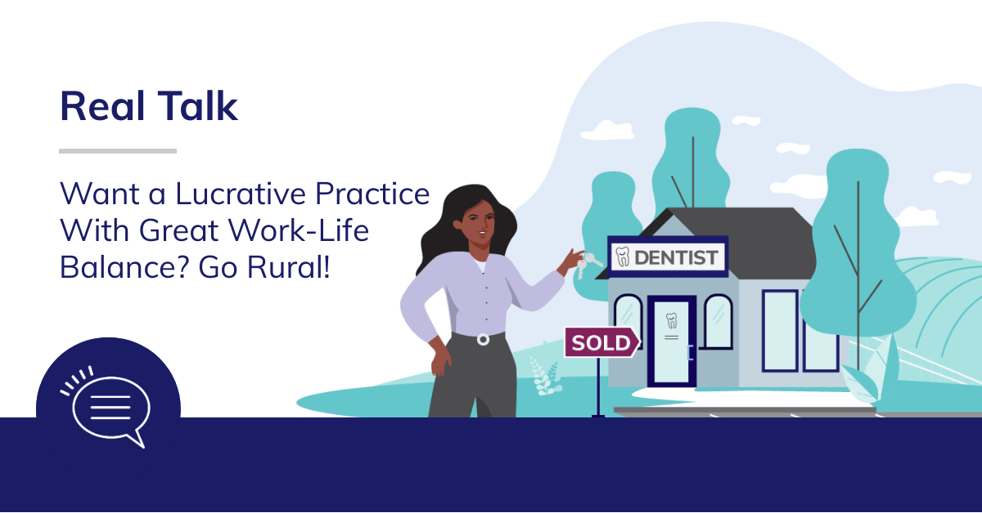 Most dental practice buyers want the same thing: a financially sound practice where they can do the type of dentistry that excites them and keeps them engaged.

However, as they go through the process of considering potential practices, I see many would-be buyers turn down practices that could be a great fit.

Often, it comes down to a single factor: location. Many buyers assume that they can only have the lifestyle and practice they want in a big urban center or its immediate suburbs. The reality is different, however. While they may find a great practice in a city, it can come with costs: a higher price tag, tougher competition, more expensive housing, and a more hectic lifestyle.

Over the past several months, we’ve been speaking with some very successful dentists, including several on the ADA’s New Dentist Committee. Each of these dentists has built a satisfying, lucrative career — beyond the big city. Each has also attained a comfortable work-life balance. They practice dentistry the way they want to while living a lifestyle with plenty of time for family, community, travel, and other interests.